This is the 10th record of intervention for “muscular dystrophy (muscular tonic dystrophy)" who came the other day.

This time it was provided 7 days after the previous 9th intervention.

Past records (1st to 9th) are listed at the end.

The three ways to achieve the above objectives remain unchanged:

Means to achieve the purpose:

Summary of results of the 10th intervention

Mainly, we continued to improve the condition of “around the throat" and “myotonia of the jaw" and “symptoms of myotonia of the right hand" which showed signs of improvement last time.

To measure the difficulty of improving the symptoms, the right leg was also treated as a trial, and the left cerebellum, which still showed a slight reaction, was also treated.

The progress of “around the throat" was weaker than I expected from the last time, and it took about 60 minutes in total including “myotonia of the chin".

Regarding “hand myotonia", the point of the previous big influence was treated, but no big improvement was seen, and if only the part with the big influence is treated, the symptom will not be improved, and we will do it in detail. I realized again that I needed to.

Last time, I was told that the muscles of the upper arm could not be removed until there was no reaction, so I was stepping on that the sustainability was weak, but there was feedback that the good condition lasted for 5-6 days, and the result was better than expected. Was there.

Since this time it was cut off from the previous time, “maintenance power" and “decrease in the next reaction time" are expected.

This time, as in the previous time, we measured and adjusted the wave motion for the following points that may have problems.

As for the chromosomes, the signs of muscular dystrophy continued to disappear.

Although no immediate effect can be seen, there is evidence of a disease of the central nervous system, and since it improves endurance, it will be continued to contribute to less fatigue.

The throat was used to improve the symptoms of swallowing, sputum, difficulty talking, and myotonia of the tongue. This time, I couldn’t take enough time for the part of the symptom that I got stiff when I stretched the bottom up. The muscles that move the “tongue" is and over a wide range among the throat, is taking absolutely time for and its width is deep depth should be reached when addressed from the throat surface.

Regarding the jaw, I was mainly looking at the masseter muscle at first with the mouth stiff and not empty when I chewed when I first ate food, and I gradually improved the masseter muscle, but this time I move my lips Since the lips may not return to their original positions, the muscles of the cheeks and the muscles around the lips were also emphasized. This was the first time around the lips, and this was the first time for the cheek muscles. None of the reactions seemed to be so difficult, so it is expected that it will improve significantly in about 3-4 times.

The upper arm is very good, as there were signs that the symptom of not being able to open the hand after squeezing the hand was greatly improved by focusing the upper arm especially on the outside after the last careful finger treatment. I guessed that it was an important key factor, and this time I spent a lot of time mainly on the upper arm.

Last time, regarding the upper arm, it was not completely improved from the reaction at the time of treatment, so I guessed that “the symptom is temporarily improved but the persistence is not good", but it is in a very good condition for about 5-6 days. After that, he said he started to return. (Client commented that the cause of the return was alcohol intake)

This time, I aimed to perform the treatment until there was almost no reaction in the condition of the upper arm that was not completely removed last time. It took more than 30 minutes to bring it to a state where there was almost no reaction, so it is expected that “the ability to maintain a good state / improvement of base symptoms" and “shortening the reaction time from the next time onward".

As the previous trigger point, the muscle of the upper arm, which was recognized as an important point for greatly improving the symptoms, but if only that is done, a dramatic improvement can actually be seen in the symptoms of myotonia. There was no.

In other words, it is highly possible that the upper arm has a very large effect, but it has been found that complete elimination of symptoms cannot be achieved unless the palm, back of the hand and finger muscles are treated and improved.

I took a video for fixed point observation, but since I didn’t spend more time on my upper arms and hands than last time, there was no big change in appearance after the 9th and 10th treatments.

Immediately after the 9th and 10th sessions, one of the symptoms I felt in my hands was “feeling like there is a film" and “touching as if I was wearing gloves." He said that he was improving the symptom of “I have a dull feeling."

We predict that this situation will not return to normal in the next two or so times.

On the other hand, when it comes to performing all the treatments up to the fingertips, I thought that there is a possibility that it will not be better if only the right hand is treated 8-12 times and the left hand is also treated 10-16 times.

As for the medulla oblongata, it had improved to the point where there was almost no reaction, so it took about 1 minute and I spent about 4 minutes on the “left cerebellum". There is still a reaction to this, and we expect that the reaction will disappear in a few more times. Since it is assumed that this “timing when the reaction disappears" and “it is difficult to take the first step" and “muscle spasm" match, we will continue to improve while watching the situation.

The right leg was treated for about 5 minutes in order to understand the time required for improvement on the right leg. In particular, the calf was experimentally performed.

It was found that the difficulty level was not so high because the progress was reached to the point where the reaction could be cut off in one shot, and the time to cut off the reaction was about 5 minutes.

On the other hand, since it was the first treatment, the pain was so strong that the client commented that it might be the most painful so far.

When the symptom level is serious, the pain tends to be stronger when the symptom improves for the first time, so it seems that it was quite painful. Next time, the pain is alleviated in the same area, and it is estimated that the pain is strong on the left side where it is not done.

As for the legs, I got the feeling that the intervention was much easier than the symptoms of myotonia in the hands.

As a comment when returning home, because the symptoms improved by treating only the right leg, the balance with the left side that was not treated was lost, and the left leg was noticeably upset and it was a little difficult to walk, so it is necessary to look at both legs next time. There is.

Because it is not proportional to, the response time is shortened, and it is often the case that the function does not improve proportionally even though the pain during the procedure is reduced. On the other hand, it is often the case that the symptoms themselves have disappeared even in situations where the reaction still remains for a few minutes and then returns again unless the reaction is stopped a little more.

How to change when you get better

⇒ Occasionally stepping on, but decreasing every time without increasing

If you have any of the above signs, you are in the process of healing.

How to change when it doesn’t improve

⇒ Symptoms return 80-90% in 3 days from the next day, and completely return in 7 days

Since this case has always changed for the better since the intervention, we expect that if the treatment is continued as it is, not only the symptoms will be improved but also more can be expected. 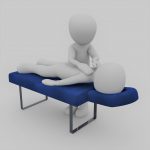 What is stiff neck ? Stiff neck is cause ...